Skip To Filters
Skip To Results

Click here to find an apartment that fits your budget!

DISCLAIMER: The calculated output is just a suggestion and does not pre-qualify you for an apartment. All personal and financial factors should be considered before signing a lease. Contact us for more information.

Known as one of Canada's most beautiful cities, Montreal is the second largest city in the country and it is an exciting place to live for individuals of all ages and lifestyles. Situated north of the of the Saint Lawrence River and south of the Riviere des Prairies, the city spans more than 4000 square kilometres and is home to almost two million people. Its diverse populations and bustling streets hold something for everyone, and CLV Group's Montreal rental apartments are ideally situated for new residents to live in and enjoy the city!

Featured apartments in the Montreal Region

The island of Montreal has no shortage of exciting activities to partake in, all four seasons of the year! Sports lovers will be thrilled to catch a Montreal Canadians hockey match, or an Alouettes football game! Countless annual festivals are put on within the city, along with numerous exciting theaters, museums, and galleries, some of which include:

As one of Canada's oldest cities, Montreal offers a breadth of Canadian history. The city houses numerous heritage buildings, military establishments, and monuments and memorials. Stroll the cobbled streets of Old Montreal, receive a horse-drawn carriage ride, or take in some of the beautiful architecture! Some of Montreal's most exciting features include:

Located just West of the city in Cote-San-Luc, CLV Group's Montreal rental apartments are ideally situated for those who want to enjoy the vibrant city but return home to a quieter suburban area. In close proximity to Highways 15, 40, 117, and 520, commutes to all parts of the city are easily accessible. These rental apartments are also close to numerous public parks and biking paths, and are also near to Concordia's Loyola Campus. An impressive variety of shops, restaurants, and nightlife options are also close by. 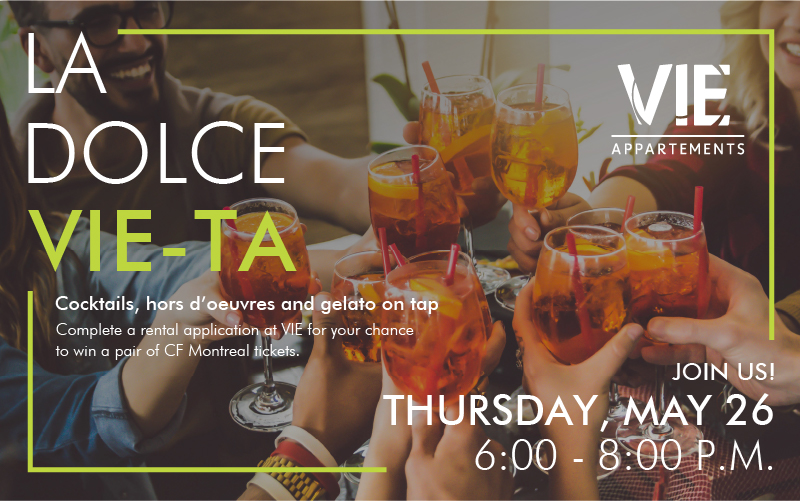